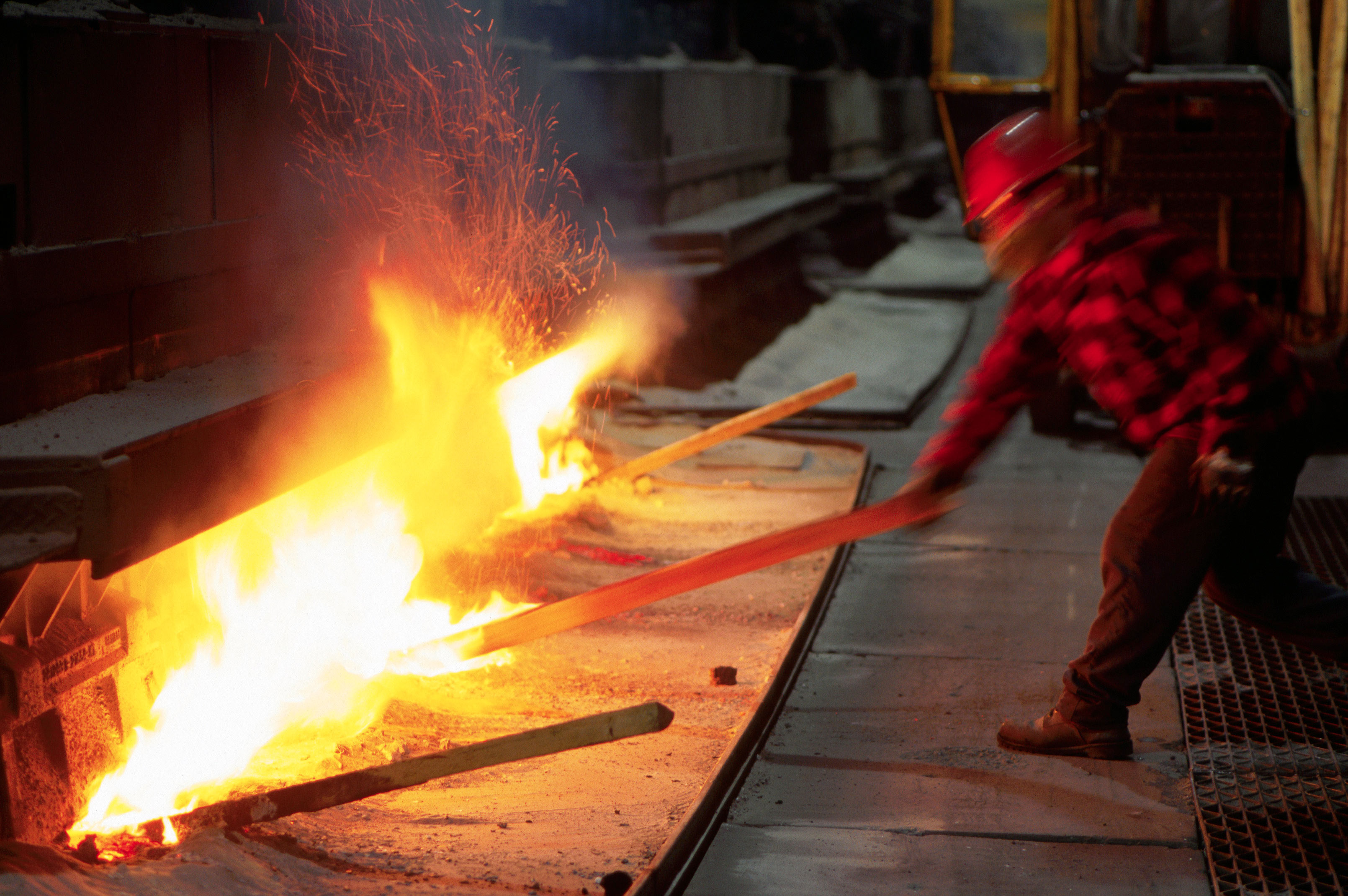 Aluminum Processing-Ores
Aluminum is the third most abundant element on the Earth’s surface. Only oxygen and silicon are more common. The Earth’s crust to a depth of 16 kilometres (10 miles) contains 8 percent aluminum. Aluminum has a strong tendency to combine with other common elements and so rarely occurs in nature in the metallic form. Its compounds, however, are an important constituent of virtually all common rocks. It is found in clay, shale, slate, schist, granite, syenite, and anorthosite.

The most important aluminum ore, an iron-containing rock consisting of about 52 percent aluminum oxide, was discovered in 1821 near Les Baux in southern France. The material was later named bauxite. Bauxite is best defined as an aluminum ore of varying degrees of purity in which aluminum in the form of aluminum hydroxide or aluminum oxide is the largest single constituent. The impurities are largely iron oxide, silica, and titania.

Bauxite varies greatly in physical appearance, depending on its composition and impurities. It ranges in colour from yellowish white to gray or from pink to dark red or brown if high in iron oxides. It may be earthy, or it may range in form from clay to rock. Bauxite has been found in all the world’s continents except Antarctica. The richest deposits generally lie in areas that during formation were in tropical and subtropical climates, providing optimal conditions of heavy rainfall, constant warm temperatures, and good drainage.

Not all bauxites are economical for aluminum production. Only earth with an aluminum oxide content of 30 percent or more is considered practical. Only those ores containing significant concentrations of the minerals gibbsite and boehmite, which contain 65 and 85 percent alumina, respectively, are generally considered economical to be processed. Gibbsite is found largely in tropical areas on either side of the Equator, while boehmite is found largely north of the subtropical belt in Russia, Kazakhstan, Turkey, China.

Known deposits of bauxite can supply the world with aluminum for hundreds of years at present production levels. When high-grade bauxite deposits are depleted, substantial reserves of secondary ores will remain to be exploited: laterite deposits in the northwestern United States and Australia, anorthosite in the western United States, apatite and alunite in Europe, kaolinite in the southeastern United States. Other nonbauxite sources of alumina are also available: alumina clays, dawsonite, aluminous shales, igneous rocks, and saprolite and sillimanite minerals. In Russia, alumina is refined from nonbauxitic ores—namely nepheline syenite and alunite. Vast bauxite developments in Australia, Guinea, and Indonesia have tended to postpone interest in secondary ores elsewhere.

Aluminum Processing-Mining
By far the greatest quantity of commercially exploited bauxite lies at or near the Earth’s surface. Consequently, it is mined in open pits requiring only a minimal removal of overburden. Bauxite beds are blasted loose and dug up with power shovel or dragline, and the ore is transported by truck, rail, or conveyor belt to a processing plant, where it is crushed for easier handling. Refining plants are located near mine sites, if possible, since transportation is a major item in bauxite costs.Aluminum Processing

Approximately 90 percent of all bauxite mined is refined into alumina, which is ultimately smelted into aluminum. The remaining 10 percent is used in other applications, such as abrasives, refractories, and proppants in the recovery of crude oil. Approximately four tons of high-grade bauxite yield two tons of alumina, from which one ton of aluminum is produced.

Extraction And Refining
The production of aluminum from bauxite is a two-step process: refining bauxite to obtain alumina and smelting alumina to produce aluminum. Bauxite contains a number of impurities, including iron oxide, silica, and titania. If these impurities are not removed during refining, they will alloy with and contaminate the metal during the smelting process. The ore, therefore, must be treated to eliminate these impurities. Purified alumina usually contains 0.5 to 1 percent water, 0.3 to 0.5 percent soda, and less than 0.1 percent other oxides. The Bayer process, with various modifications, is the most widely used method for the production of alumina, and all aluminum is produced from alumina using the Hall-Héroult electrolytic process.