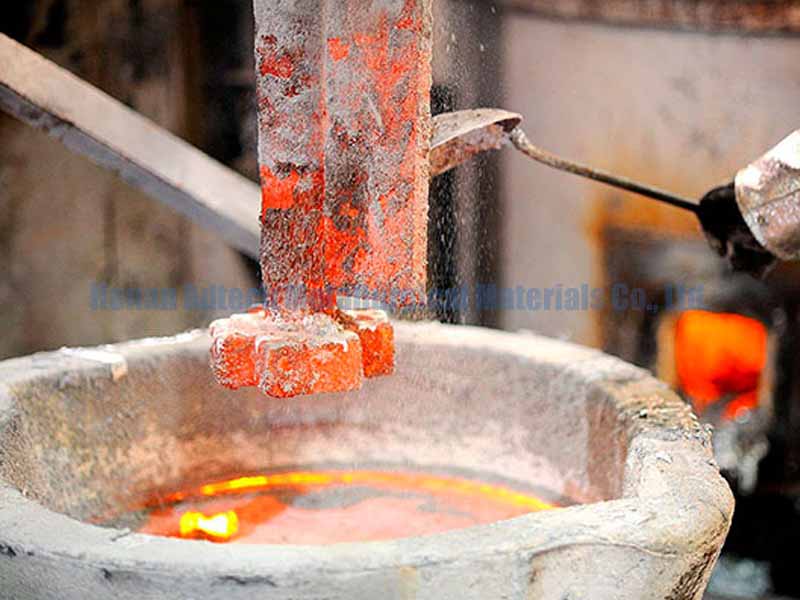 Background
The worldwide aluminium industry produces nearly five million tonnes of furnace waste each year. Known as dross, the residual waste material is produced from any process in which aluminium is melted, and is left behind after conventional recycling has been carried out. Traditionally, black (which has a much higher salt content) and white dross is disposed of in landfill, costing the industry an estimated ￡50 million, but tighter regulation and spiralling costs are forcing the industry to consider alternatives. One such solution, which could dramatically reduce landfilling of furnace waste and recover saleable products has been developed by aluminium recycling and manufacturing firm JBM International Ltd.

Reasons to Recycle Dross
Developed as part of a major waste minimisation initiative backed by the UK Government and industry, the new treatment method makes it economically viable to treat residual waste left after conventional recycling, offering cost savings and environmental benefits. ‘This process offers a means of reducing the amount of residual waste from primary and secondary aluminium manufacturers that ends up in landfill,’ says Miles Brough, Managing Director of JBM International Ltd. ‘It provides the industry with more choice of what to do with their waste products and because these waste products can be converted in saleable commodities these savings can be saved from the cost of production.’

Evolution of the Dross recycling Technology
The provision of a ￡409,000 grant from the Government’s Waste Minimisation through Recycling, Recovery and Reuse in Industry (WMR3) LINK programme, and collaborations with experts in chemical engineering, metallurgy and mineralogy from the Brunel and Birmingham universities, helped the company find an economically viable solution to deal with their furnace dross. ‘Every single furnace in the world produces a different kind of dross, characterised by what is being melted in the furnace,’ explains Brough. ‘We started by using variation analysis to characterise the whole spectrum of dross that we [the industry] produce. We tried to mix and match various wastes with which on their own, nothing can be done.’

How the Recycling Process Works
The modular process combines novel separation methods, including a crushing system modified to handle a far broader range of dross, allowing virtually any type of dross to be processed. An eddy current separator then separates metals from non-metals. Its novel design incorporates a new kind of ridged belt system that separates very fine aluminium particles that would otherwise be lost. ‘It’s a very diverse process, which is modular in sequence,’ says Brough. The length of the process depends on the quantity of material being processed and the final product being produced. Therefore, it can take as little as a few hours to as much as a day. 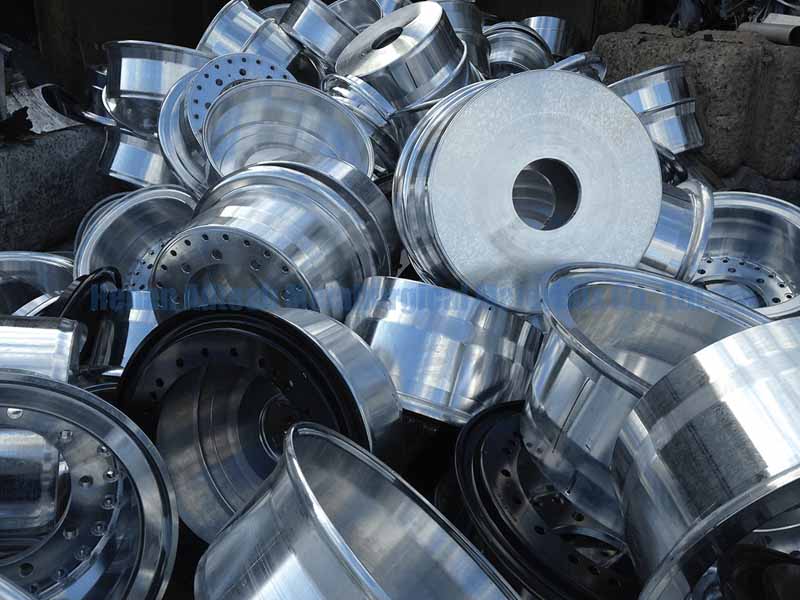 From Pilot Plant to Commercialisation
The two-year pilot scheme produced promising results and consequently led to the implementation of a full-scale production process, which included the installation of four production units at the Hixon plant with the capacity to process 20,000 tonnes of white dross a year and recycle all the black dross produced by the company. ‘Initially there was scepticism about the project from the aluminium industry,’ explains Brough, ‘but three years down the road we have proven the project is financially viable, and the figures speak for themselves. We are one of the few companies that are actually able to recycle these materials in a financially viable way.’

Advantages of the Recycling Process
Unlike existing processes that are very expensive and offer less financially viable solutions for the aluminium industry, JBM International has developed a process focused on providing a low-cost solution for processing aluminium waste. ‘We are still a long way from utopia,’ says Brough. ‘The aluminium industry is increasingly burdened with more and more regulation on what it can and can’t do with its waste. Anything the industry can do to reduce its waste output, whether it’s in gases, particulates or landfill can only be a good thing, particularly when you can convert those into a saleable commodity.’

Saleable Products and Other Applications for the Process
Using the new physical and separation process, Brough has already looked at producing saleable products for the powder metallurgy industry, which have been mainly granular. ‘Initially there was a lot of trial and error,’ explains Brough, looking back to the start of the project. ‘For every one product that we were able to successfully market, there were probably a hundred applications that we failed on.’ However, JBM International is now focusing on using the process to manufacture chemicals and chemical compounds. The process could also be applied to recycling other nonferrous metals, including zinc and copper.

Interest in the Technology
There has already been widespread international interest in the process, which is available under licence from UK foundry design engineers and aluminium specialists Mechatherm International Ltd. ‘We’ve seen huge improvements at JBM International’s Hixon plant,’ says Brough. ‘We had to alter the way we processed this material to survive in the business. I believe the innovations that have occurred have ensured the longevity and continuity of the company.’

Further Developments
As Brough points out, the aluminium industry must remain open-minded to change and continue to innovate itself, otherwise increased pressures on the industry will cause further closures. Since May 2002, JBM International’s work has continued, and using further funding from a DTI recycling award, Brough is involved in a two-year project to develop a chemical pre-production prototype for refining.

Summary
The aluminium industry is becoming an increasingly difficult industry in which to succeed and companies can’t afford to stand still. ‘At this moment in time we are still miles away from where we want to be,’ says Brough. However, this new treatment process offers a step in the right direction for the aluminium industry and a move closer to Brough’s vision of utopia in which aluminium is recycled without any impact on the environment.