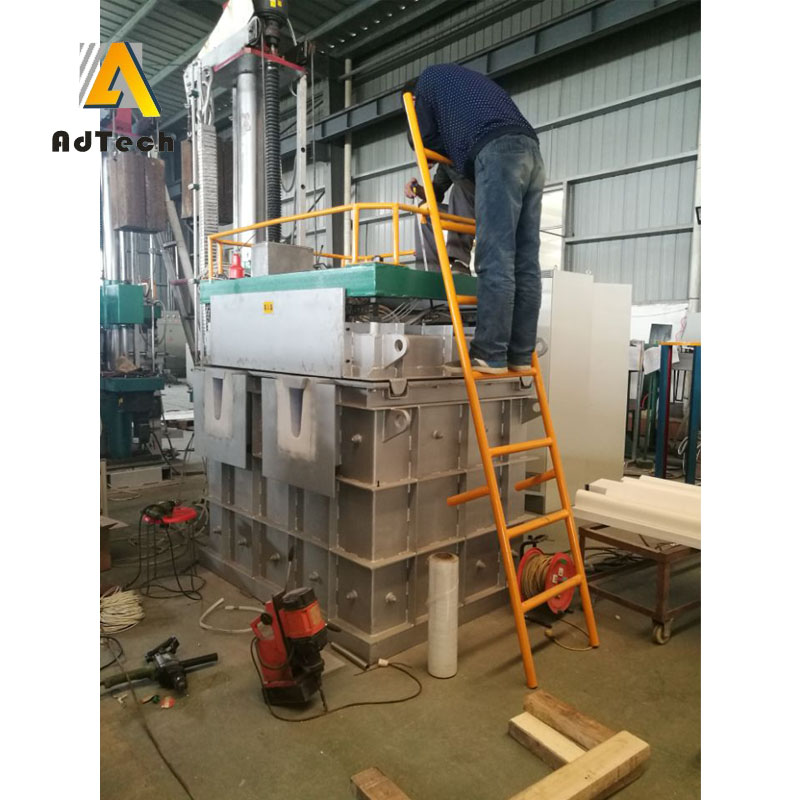 Purification Of Aluminium Device is the purpose of spraying Nitrogen into molten aluminum to remove hydrogen.
In addition, degassing is also considered to be a very effective way to float impurities.
Two main theoretical modes have been proposed to explain the principle of degassing. The macro mode considers that the removal of each impurity is similar in nature. The microscopic mode, that is, according to this theory, due to the higher vapor pressure of hydrogen, the dissolved hydrogen diffuses into the gas in the injected aluminum liquid.
Theoretically, an inclusion having a diameter of 10 microns contacts a bubble and is adsorbed on the bubble and floats up to the surface of the liquid.

Through the improvement of the rotating nozzle in the Nitrogen Purification Of Aluminium cleaning aluminum, the volume of nitrogen bubbles is refined, the contact area of nitrogen and aluminum liquid is increased, thereby improving the effect of degassing and removing slag, achieving the purpose of purifying aluminum liquid, and finally improving Quality of products.

Of Aluminium Device Degassing Machine refined the volume of nitrogen bubbles by improving the rotating nozzle in the process of purifying nitrogen purification, and increased the contact area between nitrogen and aluminum, thereby improving the effect of degassing and slag removal, and achieving the purpose of aluminum purification. Improve the quality of the product.

Nitrogen is extraordinarily unreactive and I don’t see it doing anything with mere aluminum and hydrogen at this temperature and pressure. (It could combine with magnesium content, but aluminum alloys are generally unreactive, even with magnesium. As others have noticed, bulk magnesium mistakenly added can bring the pot to burning, in oxygen, CO2 or nitrogen, especially when hot, where magnesium’s vapor pressure is high, much like zinc in molten bronze.) Commercial synthesis of ammonia (NH3, the direct result of combining hydrogen and nitrogen) involves a catalyst (platinum, iron, etc.), similar temperatures and extreme pressures (~300 atm, or >4500 PSI) in order to force the nitrogen and hydrogen together. Even so, yield is low and the outgoing gas has to be processed (ammonia is condensed and the hydrogen and nitrogen cycle back for another go).