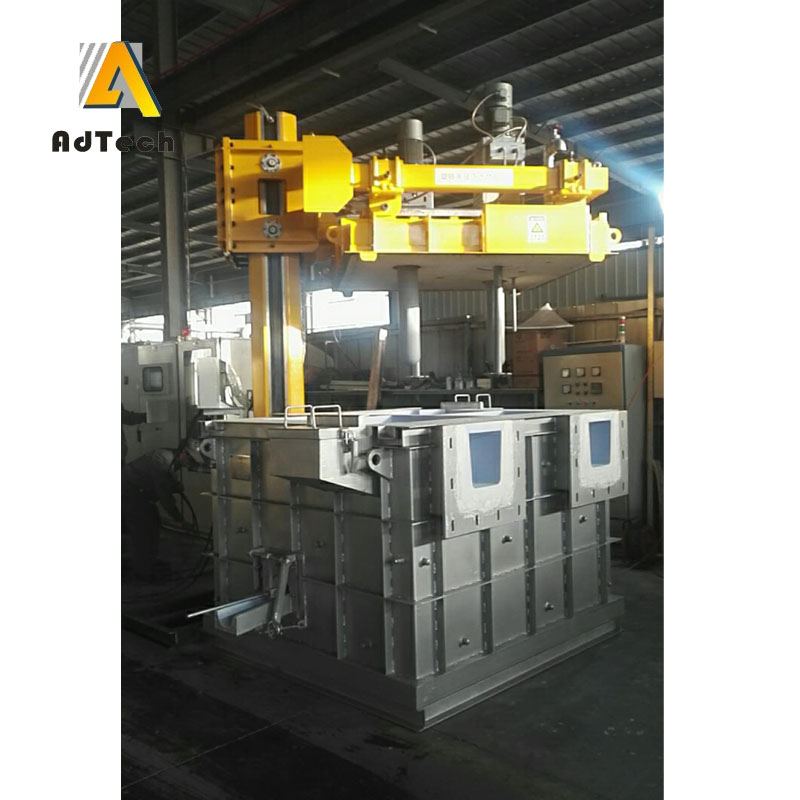 In the Degassing Metal system Process, inert gasses are pumped into aluminium melts to remove hydrogen and prevent subsequent porosity in cast parts. Generally, the gasses are diffused through rotors to maximize gas efficiency. Degassing also helps to lift other impurities, such as oxides, to the surface of the melt where they are skimmed and removed.

Degassing Metal System is the purpose of spraying Nitrogen into molten aluminum to remove hydrogen.
In addition, Degassing In Aluminium Casting is also considered to be a very effective way to float impurities.
Two main theoretical modes have been proposed to explain the principle of degassing. The macro mode considers that the removal of each impurity is similar in nature. The microscopic mode, that is, according to this theory, due to the higher vapor pressure of hydrogen, the dissolved hydrogen diffuses into the gas in the injected aluminum liquid.
Theoretically, an inclusion having a diameter of 10 microns contacts a bubble and is adsorbed on the bubble and floats up to the surface of the liquid.

Both argon and nitrogen can be used as an inert gas to degas the molten aluminum. The purity of the inert gas must be above 99.99%.

The Degassing Metal System has always been the subject of research on aluminum alloy casting and rolling, and the purity of the nitrogen used for refining in the purification device is a key factor that directly affects the purification effect.

AdTech refined the volume of nitrogen bubbles by improving the rotating nozzle in the process of purifying nitrogen purification, and increased the contact area between nitrogen and aluminum, thereby improving the effect of degassing and slag removal, and achieving the purpose of aluminum purification. Improve the quality of the product.

It is mainly used for the hydrogen (H) and slags removal from molten aluminum.
It takes gas flotation principle. The rotor takes inert gas or mixture of chlorine and inert gas into molten aluminum and smash the gas into dispersed tiny bubbles, the bubbles rise to molten aluminum surface and finish the below stated procedures at the same time:

H is being absorbed in bubbles and is being removed.
The chloride is removed (formed by chemical action with alkali metal and chlorine gas).
Remove slags.