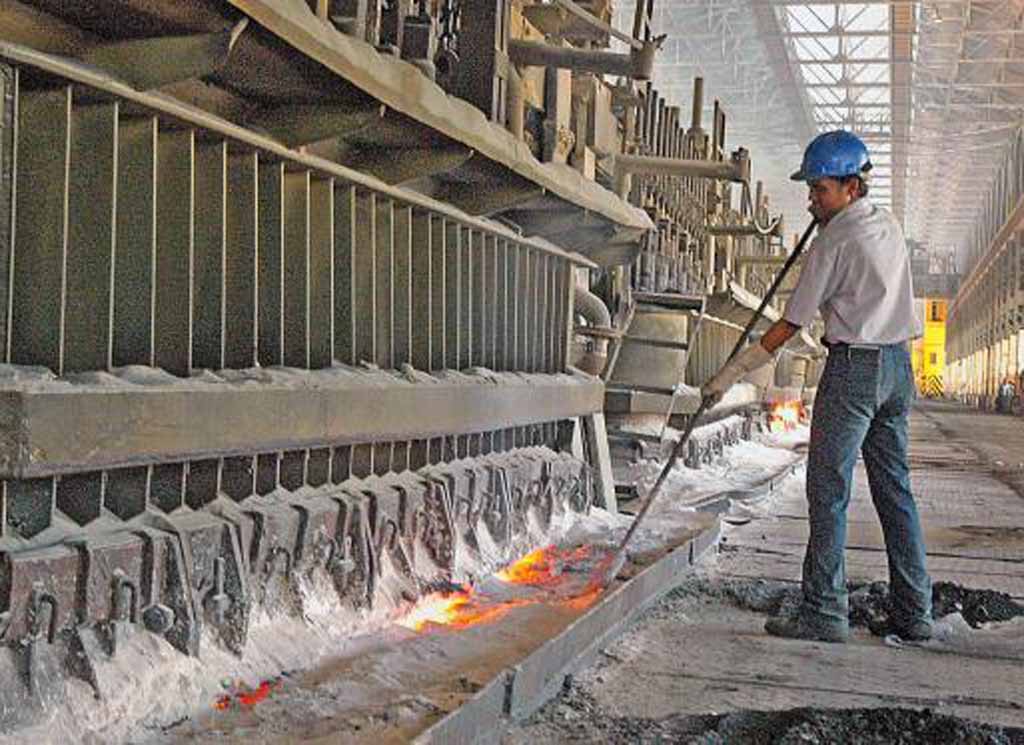 Flux Removes Calcium In Liquid Aluminium is used to describe all aluminum melt processing in which compounds are used.
These compounds are usually inorganic and can perform multiple functions such as degassing, reducing calcium, removing impurities and forming alloys. Liquid Aluminium Flux also includes treating the melt with inert gas or reactive gas to remove inclusions or gaseous contaminants from the metal.

Chemical composition of flux
Liquid Aluminium Flux (in powder, flake or granular form) is usually composed of chloride and fluoride and additional additives to give it special properties.

Most fluxes are based on a mixture of KCl and NaCl salts, forming a low temperature (665ºС) eutectic. Another common ingredient of flux is sodium fluoride NaF.
The normal coating flux contains about 47.5% NaCl, 47.5% KCl and 5% fluoride salt. A lower melting temperature is important, so it will increase the flowability of the flux.

Alkali metal fluoride salts have the ability to dissolve oxides (albeit to a small extent), which helps them penetrate into the oxide film in the slag and grow on the furnace wall.
This leads to improved wettability, which promotes the separation of oxide inclusions in the melt and the separation of aluminum metal in the tin dross.

Exothermic flux
Nitrate additives (such as KNO3) can cause heat release. The oxygen liberated from the decomposition of nitrate reacts with metallic aluminum to form Al2O3 and a lot of heat.
This locally increases the turnover rate and promotes the separation from the metal oxide.

Degas Flux
Certain compounds will decompose as the gas is released, such as chlorine or carbon dioxide.
If these fluxes enter below the surface of the melt, bubbles will form, thereby reducing the hydrogen content in the melt.
The most famous of these compounds is hexachloroethane (C2Cl6), which distributes chlorine Cl2 and gaseous AlCl3 compounds.

Moisture in the atmosphere reacts with molten aluminum to form an oxide film, and hydrogen atoms are formed between aluminum atoms. Not only do the oxides remain on the surface, some of them also fall into the melt, and when the temperature decreases, some of them have hydrogen bubbles.

During the casting process, the aluminum surface oxide film is. Part of the oxide falls into the melt. These oxides can be in the form of films having a very high length and width to thickness ratio. Some of these films may contain aluminum droplets inside.