At the beginning of this year, with the parent company Hanjin Heavy Industry completed bankruptcy and liquidation, after the “one size and two breaks”, the Philippines and even Southeast Asia* shipbuilding center Subic Shipyard (HHIC-Phil), although still well equipped and fully staffed, is just like chicken ribs.” It’s a tasteless taste, and it’s a pity to abandon it: “The shipbuilding giants in East Asia are “adjusting production capacity” and have little interest in Subic Shipyard.
However, in recent days, the US Navy has said through the magazines published by its research institutes that not only the current US Defense Secretary Shanahan is “interested” by Subic Shipyard, but the US Navy has also been actively evaluating the acquisition of Subic Shipyard. And intends to include it in the US Navy’s ship repair base.

From the current situation, the lack of ship repair capability of the US Navy is already a matter of fact: in the 2020 fiscal year, the US Navy has a total of 109 ships of various types that need to enter the dock maintenance/maintenance/modernization, but even the United States is located in various bases around the world. Docks and floating docks are also counted, and the US Navy has only 21 docks available for ship refurbishment.

Considering that the ship is docked for three months and more than one and a half years, the 21 docks are obviously not enough. In addition, the large-scale service of the “Lianhai Combat Ship” has undoubtedly exerted tremendous pressure on the US Navy’s reserve strength: the hull made of aluminum alloy is highly prone to electrochemical corrosion effects, and it is indispensable for frequent docking and maintenance. thing. 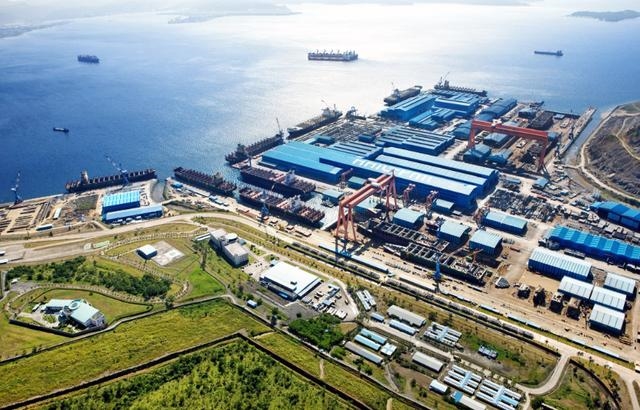 However, no matter how dry the dock is, the maintenance tasks scheduled by the Congress must be completed on time. In this way, the United States Navy has two remaining ways: to reduce the strength of the ship’s dispatch and the number of times of dispatch, or to “cut the work” and reduce the duration of the project and the project, in short, to ensure that the ship can go out.

The house leaks coincided with the rain. Under the pressure of the current US government, the number of cruises issued by the US Navy has not decreased, and the consequences of lack of rest and ship maintenance have quickly been exposed to the world.

To put it simply, the event of a seventh fleet, such as a “bumper ship”, with a large launch strength* but a short repair time* occurs frequently. On a global scale, the once glamorous US Navy ships have become “disused warships” without exception. Rust stains, rust spots and even large areas of paint fall abound, and the US Navy has some face to face. .

Since the lining and the face are lost, the US Navy’s global search for a shipbuilding/repair facility to “fill the gap” is the result of reason. The Subic Shipyard, regardless of equipment or personnel, belongs to the shipyard today. The first one, it’s not too strange to be seen by the Americans – not to mention the Subic Shipyard itself is located within the jurisdiction of the Seventh Fleet, only one step away from the surrounding hotspots, if the US Navy can Inclusion in the bag will improve the current situation of the Seventh Fleet, and it will be more stable in the South China Sea than in the past.

But to put it bluntly, the US Navy may still be able to circumvent this “money” word: before this, Subic Shipyard also had contact with shipbuilding giants such as Hyundai Heavy Industries, but it took over for Subic Shipyard to settle it. The conditions of hundreds of millions of dollars in debt instantly made the factory a “hot potato”, which has not yet calculated the purchase price of the plant itself.

The US Navy itself is also facing the current shortage of funds: the downsizing of domestic docks and shipyards stems from a lack of funds. Aircraft construction, a new generation of nuclear submarines, and the maintenance of navigation missions require large sums of money. It is a must for the Americans to raise an additional 30,000 employees. Let the deal fall through, as for the so-called “buy a shipyard on the South Sea”, * is nothing but a slap in the face.

AdTech was established in 2012. At the end of 2013, the Chinese factory was put into production. AdTech is a pioneer in the pursuit of brand. It is focused on R&D and manufacturing of “on-line degassing filter equipment, ceramic filter plates, hot top casting parts, cast nozzle plates, repair agents. After 5 years of wise and peer-to-peer, we have passed ISO 9001 quality system certification, ISO 14001 environmental assessment certification and SGS certification. The existing team has 168 people, including middle and senior titles. The company has 15 people. The company has developed dozens of series of products, and has covered all the products such as equipment, Degassing In Aluminium Casting,Degassing In Foundry,Degassing In Hindi.