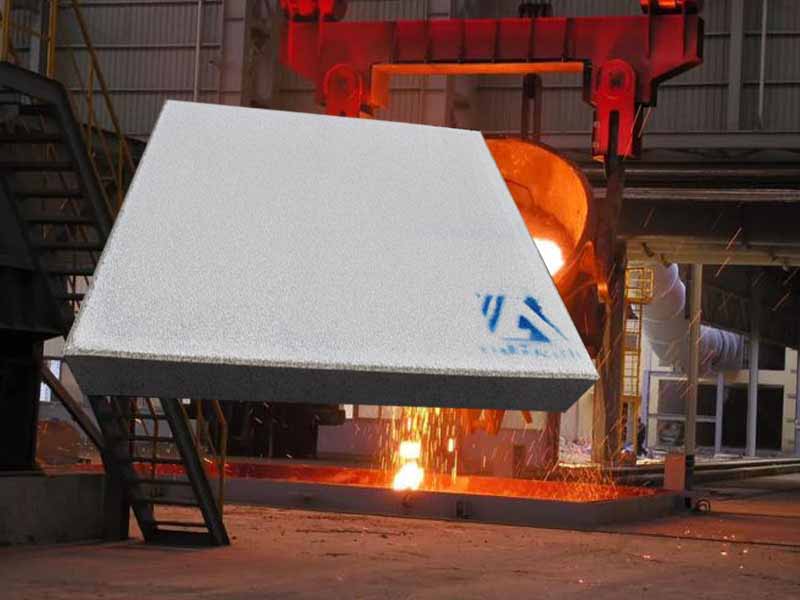 Ceramic Filter Indonesia Aluminium Ingot can deposit, block and absorb the molten aluminum impurity particles in the filter channel.
When it accumulates to a certain extent, under the condition that the total flow through the filter remains unchanged, the flow of the molten aluminum increases, and the energy applied to the inclusion particles increases because the filter channel becomes smaller. The adsorbed inclusion particles are easily deposited and washed back into the molten metal, thereby reducing filtration efficiency.

The gas and various inclusions in the melt cause pores, non-metallic inclusions, oxide film and other defects in the ingot, which affect the strength, processing performance, corrosion resistance, anodic oxidation performance and product appearance quality. Influence.
Therefore, refined aluminum smelting is the key to reducing the content of aluminum smelting gas and non-metallic inclusions and improving the quality of processed materials.

Adsorption purification is through direct contact between the aluminum melt and the adsorbent (such as various gases, liquids, solid purification materials and filter media), so that the adsorbent and the gas and solid oxides contained in the melt have physical, chemical, physical or mechanical effects. . The action achieves the purpose of degassing and impurity removal.

Indonesia’s 2 million tons alumina project makes full use of the abundant local bauxite and coal resources and has a relatively high cost advantage. According to USGS data, Indonesia’s bauxite reserves are approximately 1.2 billion tons, accounting for 4% of global reserves. At the same time, Indonesia’s proven coal reserves are approximately 34.8 billion tons, most of which are open-pit mines with good mining conditions and concentrated The two major advantages of resources and energy have natural conditions for the development of alumina industry.

In 2007, Nanshan Aluminum acquired 75% of the equity in the 1.4 million tons alumina project of the controlling shareholder Nanshan Group, and officially deployed the upstream smelting link.

In order to further alleviate the pressure on upstream resources and make full use of Indonesia’s rich bauxite resources, the company plans a 2 million tons alumina project in Indonesia.

In 2017, the first phase of 1 million tons was constructed through allotment of funds, and it was successfully put into operation in September 2021.

In 2019, strategic investors such as Qili Aluminum and MKU will be introduced to cooperate in the construction of the second phase of the 1 million tons project, which is expected to be gradually put into operation in 2022.