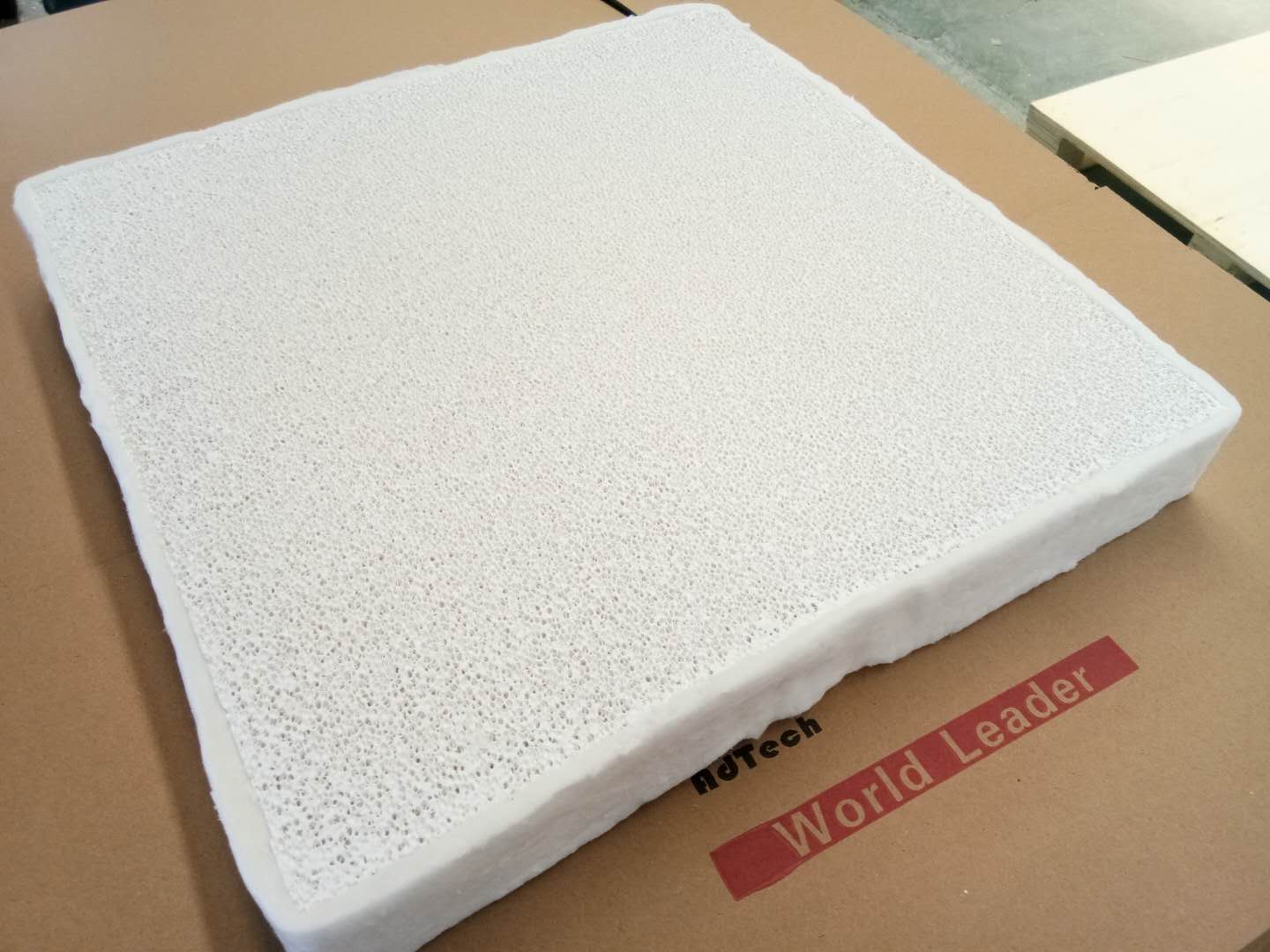 In the casting process, Alu Casting Filter can obtain a huge purification effect.
In the pouring process, most of the metal liquid is filled into the cavity in a turbulent state, especially in the initial stage of the pouring, the molten metal enters the cavity from a certain height.
Due to the bending and bending of the flow path of the Foam Ceramic Filter, the rectification ability of liquid metal from turbulent to laminar flow is strong.
The rectification of the filter causes the molten metal, which originally has strong turbulence, to become laminar when passing through the filter.
After passing the Alu Casting Filter, you must pass a longer transition area before returning to the original turbulent state.
In this transition zone, the liquid flow can no longer form turbulence or small turbulence, which avoids the secondary oxidation of the metal and the scrubbing of the mold, thereby preventing the formation of slag and blocking the secondary oxide inclusions.