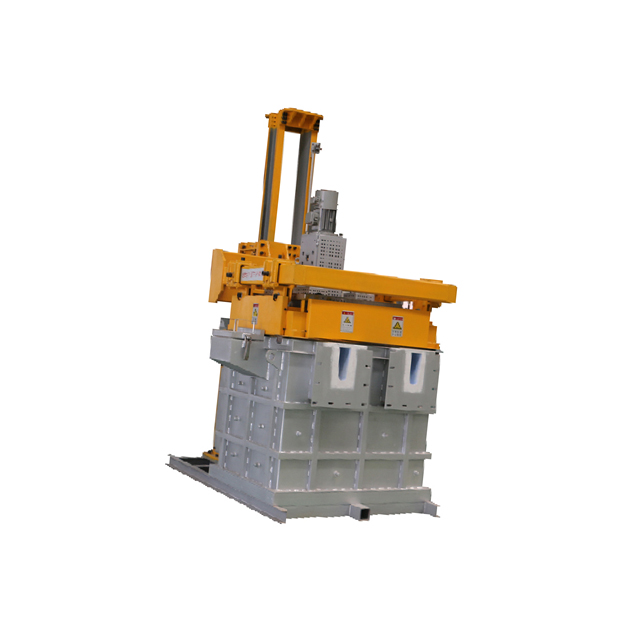 Degassing Of Aluminium has received wide development and distribution in industry over the past decade, to obtain the lowest stable level of gas content in a metal in modern conditions,
In shaped casting, this method is used to degass relatively small volumes of metal (up to 650 kg).
In the manufacture of ingots, large masses of the melt are subjected to vacuum treatment.
The process is carried out in vacuum mixers with a capacity of 10 to 25 tons.
Research shows that evacuation in the mixer reduces the hydrogen content in the metal by about 2 times and lead to a sharp decrease in the internal defects detected by ultrasonic testing and, consequently, the number of rejected semi-finished products. With a decrease in external pressure above the melt, the equilibrium of the metal – dissolved gas system formed during melting shifts toward lower gas concentrations, which creates favorable conditions not only for the diffusion of hydrogen to the free surface, but also for the emergence and growth of gas bubbles.

During the period of bubbling in the process of Degassing Of Aluminium, which is characteristic of the initial period of degassing, the rate of gas capture is approximately 2–3 times higher than during diffusion.
However, during the vacuum treatment of large masses of the melt, the release of bubbles occurs only in the surface layers of the melt. Therefore, with increasing bath depth, the degassing rate decreases.

Despite the fact that the diffusion coefficient of hydrogen in molten aluminum is relatively high (2-3 orders of magnitude higher than the diffusion coefficients of alloying elements), it is the mass transfer of hydrogen in the melt during vacuum degassing of deep baths without stirring that is a limiting article.
The directional movement of the melt from the bottom to the surface can significantly accelerate degassing.

The movement of the melt in the bath can be obtained as a result of natural convection due to cooling of the melt volumes at the surface of the bathtub and mixer walls, and forced convection – by removing gases from the lining through the thickness of the molten metal when creating a vacuum in the working space of the mixer and using melt mixing special devices.

To increase the productivity of units equipped with vacuum mixers, melt evacuation in a stream is used when pouring into a mixer in which a predetermined depression depth is previously created.
The resulting high degassing rates in this case are due to unfavorable gas evolution conditions: the release of bubbles develops intensively in the absence of metallostatic pressure, and the mass transfer of hydrogen to the resulting bubbles is shortened due to the high turbulization of the melt jet entering the vacuum.
However, this process has not yet reached the stage of pilot testing.