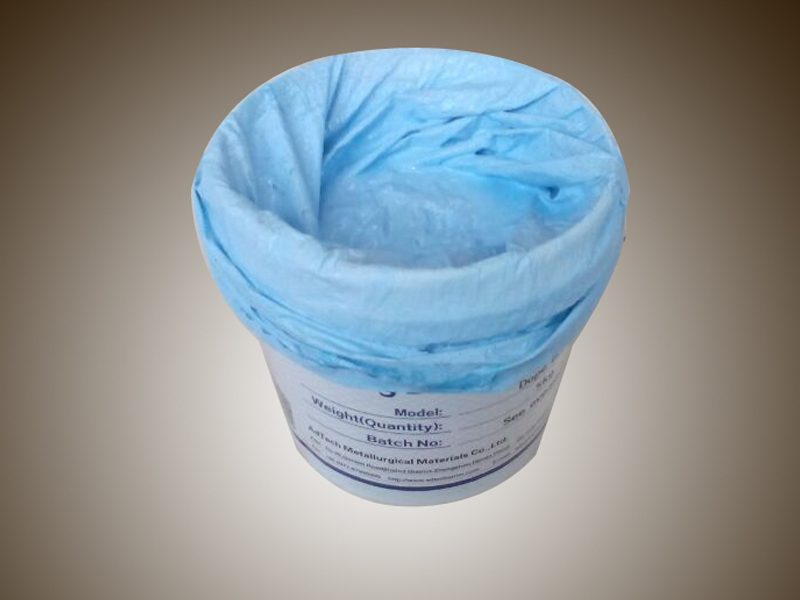 Hexagonal boron nitride (HBN) is a ceramic that has all of the advantages of graphite as a lubricant with none of the disadvantages. HBN is able to withstand temperatures up to 3,300-degrees F under normal atmospheric conditions before sublimation. It will not conduct electricity, become magnetic, or hold any sand or metallic particles. It would be really nice if we could fabricate rifle barrels out of this material with its extreme hardness under compression, but unfortunately it has a weak tensile strength. Any monolithic barrel fabricated from ceramic will shatter like glass from internal or tensile pressure. However, when applied as a coating to the bore of conventional steel barrels, we can obtain all of the benefits of ceramics without the disadvantages.

Because of its high thermal conductivity, HBN is commonly used as a releasing agent in molding processes involving molten metals and slags. It is also combined in container material for molten metals, non-lead glass and metal oxides. HBN coatings have proven to be excellent in braze stop-off, as well as being beneficial for weld spatter release.

A semi-retired engineer from Los Alamos National Lab, Noel Calkins, determined that HBN, when properly applied, will function as a lubricant and outperform all other lubricants (wet or dry), including graphite and molybdenum di-sulfide. There is no liquid to run out or dry out when applied to rifle barrels or bullets. It reduces wear and increases the muzzle velocity by friction reduction. Sound like a pie-in-the-sky? Well, it isn’t!

From a crystallography standpoint, HBN is a hexagonal material that is platelet-like in structure, like graphite. However, it maintains its lubricating properties under greater temperatures, even in a vacuum. For these reasons, it has been referred to as the “white graphite.” 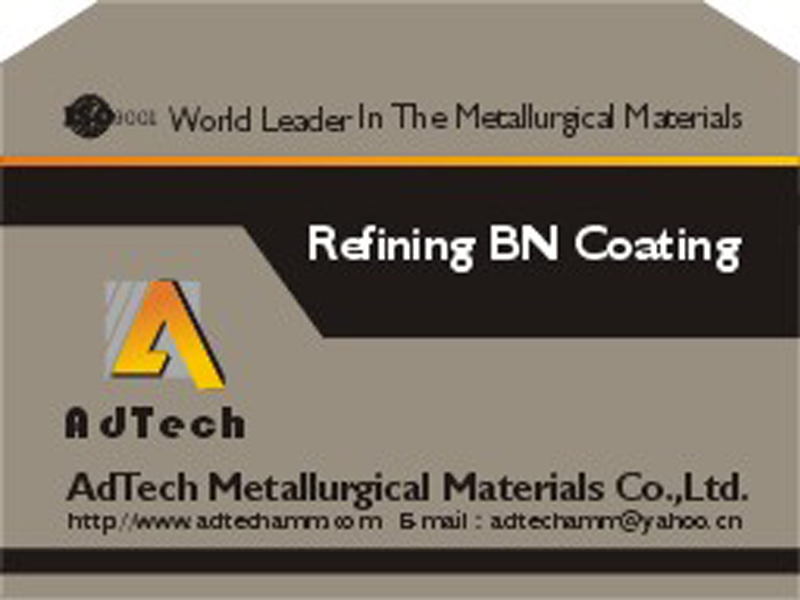 When HBN, as a dry fine particulate ceramic consisting of 0.5 to 14 micron sized particles, is burnished into a metal’s surface, it produces the lubrication effect of a dry lubricant. With this in mind, Noel developed a patented process whereby he could apply HBN to a bullet and gun barrel. When the bullet is fired, the particles are small enough that they literally embed themselves into the barrel’s bore grain boundaries. Testing at a national laboratory confirmed that the HBN does, in fact, penetrate into the pores of the steel and produce a long-lasting lubricating effect. How long, no one really knows for sure, due to the many variables. Independent testing with an AR-15 indicates no significant reduction in the ceramic coating after 4,500 rounds.

It requires 15 to 20 rounds of coated bullets to achieve the desired level of ceramic coating in a barrel’s bore. After the coated rounds are fired, higher muzzle velocities are achieved, averaging 2% – 5% in center fire rifles, indicating a better seal and/or less friction. In either case, the barrel stays cleaner, as with less friction, there is less tendency for powder residue or bullet metal to remain in the barrel. The two patents involved in this technology have been confirmed by Los Alamos National Laboratory and belong to Mr. Calkins. One of these was shared by Mr. Calkins with Northrop Aviation, as applied to their B-2 bomber, which is no longer in production.

We became interested in using HBN to determine whether it would be useful for muzzleloader hunters by reducing or eliminating the need to swab between shots. With that in mind, we coated 15 belted bullets with the ceramic and headed to the range. After firing the HBN treated bullets through Jim’s CVA Optima V2, we began our tests.

Everyone knows that if you shoot Blackhorn 209 swabbing is unnecessary. However, if you are among the muzzleloaders who use the other black powder subs, you have to swab between shots. (Maybe not on the second shot, if you have an “open bore,” but certainly every shot thereafter.) With the ceramic treated barrel, we fired twenty rounds without swabbing, using the previously mentioned propellants. While the ceramic did not completely prevent the common buildup of crud in front of the breech plug, it was substantially reduced, making it easy to properly seat the bullets.

Since not everyone shoots belted bullets, we coated 20 of Harvester’s Crush Rib Sabots with HBN and fired them with Scorpion PT Gold bullets through Mary’s CVA Accura V2 rifle. Once again, after firing the treated sabot/bullet combinations, we were able to shoot all of the above propellants without swabbing. Whether you shoot belted or saboted bullets, the HBN ceramic is easy to apply.

For muzzleloaders, the benefits to having a ceramic treated bore are:

No swabbing between shots while hunting.
The cleanup after shooting was much easier. The small bit of crud remaining in the barrel was removed easily with a single pass of a brass brush followed by two or three patches. It was almost too easy. Of course, cleaning the breech plugs required the same tedious effort because 209 primers are dirty little sparkplugs.
Corrosion and rust resistant – a major plus for muzzleloaders.
Overall, an increase in muzzle velocity, similar to that obtained by the National Laboratories in center fire rifles. However, we are not posting our numbers, as there were significant variances in the muzzle velocities for the powders we tested. One powder did not result in any increase in muzzle velocity, while the others produced increases ranging from 5% to 15%. As such, each ML shooter will have to determine the velocity for their own powder/bullet combination.
Our reasoning for not going into details on muzzle velocity is that the primary benefits of HBN for muzzleloaders is no swabbing between shots and easy cleanup. We don’t want to muddy the water, so to speak, by dwelling on the issue of velocity.
If you believe that an HBN treatment of your muzzleloader barrel would be of value, you can contact Mark Chavez in New Mexico at mark@gunhawkfirearms.com or go to the GunHawk Firearms website (www.gunhawkfirearms.com). They can provide you with additional information on HBN.