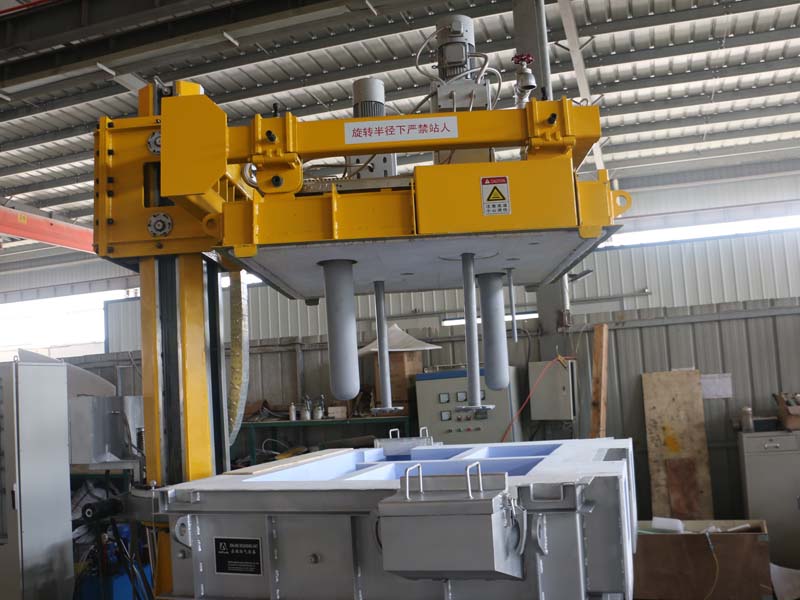 Aluminum Degassing Units is recommended for dry nitrogen or argon. Compatibility with specialty gases cannot be guaranteed.
All parts of the unit exposed to gas except for the graphite lance are either stainless steel or Buna-N (seals).
A four minute degassing time for a 400 pound crucible is common when nitrogen gas is used.
There is no practical reason to use expensive specialty gases (costing up to $500 per bottle) when a $20 bottle of nitrogen will do the same job. Also, no toxic emissions are produced from nitrogen gas.

Aluminum Degassing Units is based on the principle that dissolved hydrogen gas will move from an area of high concentration (in the melt) to an area of low concentration (in the inert gas). Hydrogen gas disperses in molten metal as it would if it were released in any confined space. It will maintain a constant concentration throughout the melt. Hydrogen gas can migrate in liquid metal almost as fast as it can in air. Therefore, it is unnecessary to bring every ounce of metal in contact with the inert gas. The efficiency of aluminum degassing is determined by two factors, the transfer rate across the metal/gas interface and the total surface area available for transfer.

Traditional hydrogen Aluminum Degassing Units bubbled specialty gases (Chlorine, Freon, or SF6) through the metal to speed the hydrogen transfer across the metal gas interface into large bubbles. There was a practical limit to hydrogen removal on humid days because as the large bubbles would break the surface, an increased surface area of metal was created which then absorbed more hydrogen from the humid atmosphere.