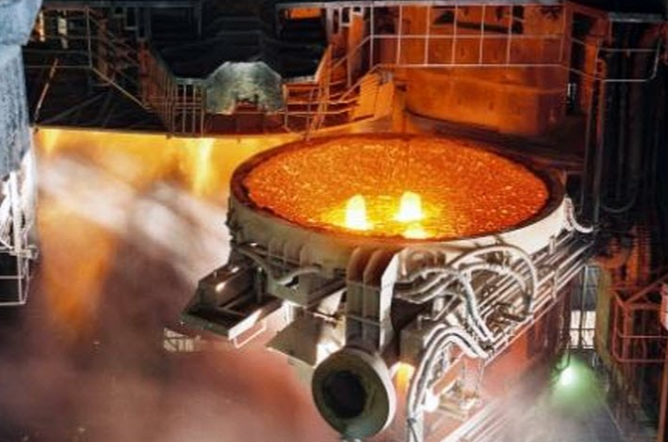 Aluminium Refining Process Abstract
A salt melt of alkali and/or alkali earth chlorides and fluorides, heated to 50°-100° C. above the melting point is employed to purify heavily contaminated scrap aluminum. The scrap aluminum, preheated to 400°-500° C. is added to a melting or holding furnace containing the less dense salt melt, the mixture stirred if necessary and then held at the above mentioned melt temperature for at least one hour. First the sedimented metal phase, then the salt melt are filtered through a resistant open pore ceramic filter and thus freed of solid impurities. The aluminum is transferred to an electrolytic cell for purification, and the molten salt melt recycled.

Alumina Refinery Description
BACKGROUND OF THE INVENTION
The invention relates to a process for refining heavily contaminated scrap aluminum using a melt made up of salts of alkali or alkaline earth chlorides and fluorides.

Particles of glass, oxides and stones are in general very harmful when refining heavily contaminated scrap aluminum, especially when the concentration of aluminum is below 50 wt %. The removal of such foreign matter has caused considerable difficulty when employing the conventional technology for this purpose. Before electrolytic purification however, whether by three layer electrolysis, bipolar electrolysis or fractional crystallisation, the contaminating particles of solid material must be removed.

The salts employed by the secondary aluminum industry today in conventional processes are consumed to an excessive degree because of the high concentration of oxides.

The object of the present invention is therefore to develop a process for purifying heavily contaminated scrap aluminum, using a melt of molten salts of alkali and alkali earth chlorides and fluorides, and this such that the said process is economical and operates with a high degree of efficiency.

the scrap aluminum preheated to 400°-500° C., is fed to a melt of molten salts which is heated to 50°-100° C. above the melting point and has a lower density than aluminum at the operating temperature, and the molten mixture is held for at least one hour at this temperature in a melting or holding furnace,

then first the molten aluminum which has sedimented during holding, followed by the molten salt melt, is separated from the solid impurity matter by passing the aluminum and salt melt in that order through an open pore ceramic filter which is resistant to both filtrates, and

finally the filtered molten aluminum is fed to an electrolytic cell for purification and the salt melt to a melting or holding furnace for re-use.

The use of the ceramic filter makes it possible, after melting the scrap aluminum in a molten salt bath and sedimenting out the molten aluminum in a holding furnace, to separate the molten aluminum with its metallic impurities from solid particulate material, mainly ceramic particles which are caught up in the scrap metal. Aluminum scrap from car dump for example usually contain more than 50 wt % of impurities.

In the subsequent electrolyte purification process the metallic impurities, such as iron, silicon and copper for example are separated selectively from the scrap metal. The electrolytic purification is carried out preferably in the form of the well known three layer electrolyte process which has been employed by the aluminum industry for a very long time, or by means of the bipolar electrolyte cell described in the U.S. patent application Ser. No. 630,289. A bipolar cell is employed in particular if the scrap aluminum has a high concentration of silicon and/or iron, as the large losses in copper occuring in the three layer process can be avoided. 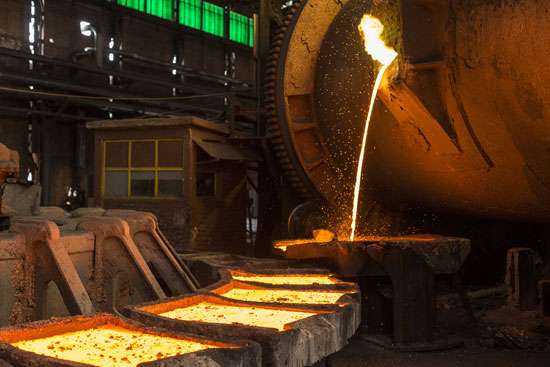 The amount of salt required for carrying out the process according to the invention is calculated such that it is preferably 1.2-2 times, in particular 1.5 times, as large as the weight of scrap to be purified. The charges of salts employed comprise, usefully, of 30-50 wt % NaCl, 30-50 wt % KCl and 15-25 wt % cryolite. A melt which has proved particularly advantageous contains about 40 wt % NaCl, 40 wt % KCl and 20 wt % cryolite, said melt being held at a temperature of about 750° C. before the pre-heated scrap aluminum is added to it. Especially when the scrap is in small pieces it can be advantageous, before holding, to stir the molten mixture of salts and scrap aluminum. The main effect of this is to lower the concentration of magnesium in the aluminum scrap. The stirring is achieved by known mechanical means, for example using a magnetic stirrer or by injection of inert gases.

The purifying action of the salt melt can be increased by employing a conventional scrubbing gas such as chlorine before holding.

During holding, which lasts preferably 1-2 hours, droplets of aluminum sediment to the bottom of the holding vessel, for which the melting furnace also usefully serves.