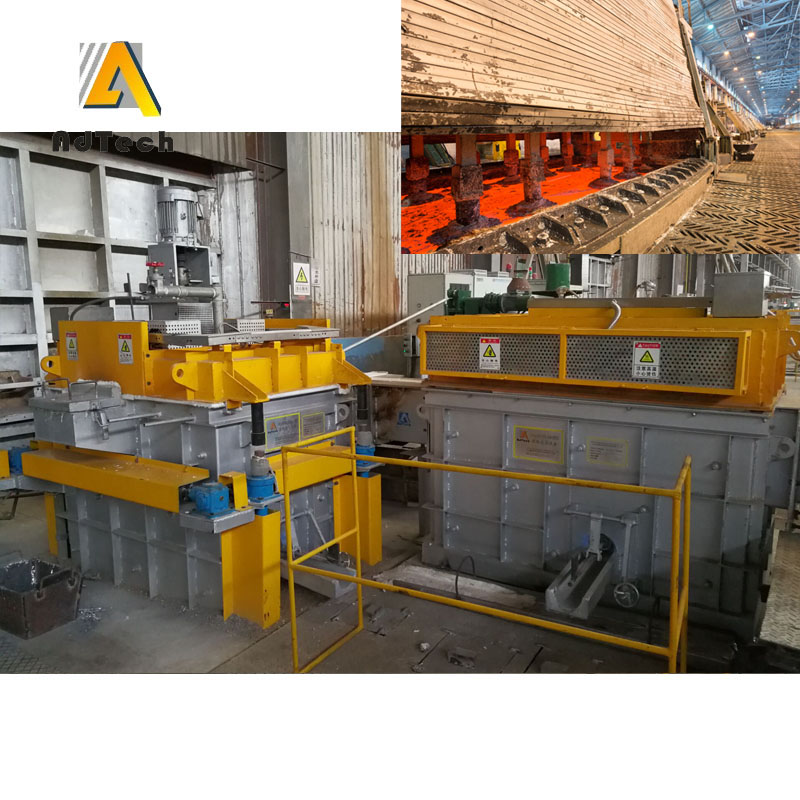 Inert gas purge, Degassing Of Aluminium Alloys
The inert gas refers to a gas which does not chemically react with molten aluminum and dissolved hydrogen, and which is not dissolved in aluminum, and is usually nitrogen or argon.
After the nitrogen gas is blown into the liquid, a lot of fine bubbles are formed, and the bubbles meet the oxidized inclusions in the melt during the passage from the melt, and the inclusions are adsorbed on the surface of the bubbles and float up to the surface of the melt with the bubbles. The oxides brought to the liquid surface cannot be automatically separated from the gas phase and re-incorporated into the aluminum liquid, and can be accumulated on the surface of the aluminum liquid to be removed.
Since the adsorption occurs at the interface between the bubble and the melt, it can only contact a limited melt, and the slag removal effect is limited. To improve the purification effect, the more bubbles are blown into the refining gas, the smaller the bubble radius is. The more uniform the distribution, the longer the blowing time and the more obvious the slag removal effect.

The requirements for the purification of glare by aluminum and aluminum alloys vary according to the use of the materials.
Generally speaking, for ordinary products, the hydrogen content should be controlled below 0.15-0.2mL/(100gAl), and the single particles of non-metallic inclusions should be less than 1μm; for special aviation materials, the hydrogen content of double zero foil should be controlled. Below 0.1 mL/(100 gAl), the single particles of non-metallic inclusions should be less than 5 μm. Of course, the measured hydrogen content will vary depending on the method of detection. Non-metallic inclusions are generally qualitatively detected by low-magnification of ingots and ultrasonic testing of aluminum, or quantitative detection by slag meters.
Because aluminum liquid and aluminum oxide are not wetted by each other. They conform to the thermodynamic surface energy relationship, so the inclusion A1203 in the aluminum liquid can be adsorbed on the surface of the refining agent and removed.